Against all odds, The Two Doctors podcast has reached the milestone of TWENTY episodes! And with us for this show is a VERY special guest: Canada’s Christine Girard, a two-time Olympian (2008 and 2012) and (soon-to-be) multiple Olympic medallist AND presumed Olympic Champion (2012), once the IWF sorts out the drug-testing fiasco of those Games. Christine spent over an hour talking with us about her history in the sport, the weightlifting culture in Quebec, her training and competition mentality, her Olympic experiences, and much, much more. Listen and learn from someone who has competed—and triumphed—at the sport’s highest levels. Enjoy and let us know what you think here, on our Facebook page, or on iTunes!

In this episode we have TWO special guests from the IWF Executive Board: Sam Coffa and Moira Lassen. They share their thoughts and insights on a range of topics: new and upcoming rule changes in the IWF, reactions to the 2008 and 2012 retests, the use of video replay in judging, the addition of a new women’s weight class, and much, much more. Enjoy!

Join us for a recap of all the weightlifting action that happened in Rio at the 2016 Olympic Games. Our special guest this time is Paula Aranda, Board Member of USAW and weightlifting globetrotter. Enjoy! As always, let us know what you think via a review or feedback. And thank you for listening!

Phil Andrews, CEO of USAW, joins us to make some major announcements regarding the future of the organization. Also present are James Tatum, Travis Cooper, JP Nicoletta, and Sean Waxman. Enjoy!

Phil Andrews, the recently appointed CEO of USAW, joins us to chat about all manner of things weightlifting: his thoughts on the organization, what he wants to do for the sport, how he first became involved, how he’ll gauge his success, the recent doping positives, and much, much more. (Dr Boffa’s audio quality is a bit rough for the first few minutes, but it improves—we promise.) Enjoy!

Also find us on iTunes! Be sure to leave a review!

In this episode we discuss the recent passing of Tommy Kono, one of the greatest weightlifters of all time. We also recap our experiences interviewing and hanging out with Pyrros Dimas in Arnaia, Greece, and briefly mention some highlights from the 2016 European Championships. Enjoy!

Join us as we talk with Debbie Millet, the meet director for the 2016 USAW National Championships and Olympic Trials in Salt Late City, Utah. She shares her history in the sport, experience running the 2014 USAW National Championships, and her plans to make this year’s Nationals/Olympic Trials the best ever. We also discuss the recent Junior Nationals, the upcoming Arnold Championships of the Universe, and the best ways to gain a competitive edge by greasing your thighs. Enjoy!

After a short hiatus, The Two Doctors ring in the New Year with a new podcast, featuring special guest “Uncle” JP Nicoletta of Weightlifting Mindset. We discuss the deluge of doping positives from the 2015 World Championships, the labyrinthine qualification procedures for USAW Olympic hopefuls, and how Jenny Arthur has already locked herself into a spot on the Rio women’s team (with many congratulations to her for doing so). BONUS: a mostly spoiler-free discussion of the most recent Star Wars movie. Enjoy!

Join us for a preview of the 2015 IWF World Championships! We talk about the official start list, changes to USAW’s lineup, and make wild predictions for several weight classes. Plus: the long-awaited answer to the quiz question and announcement of the winner. Enjoy!

Caine Wilkes—one of only a few American lifters to snatch over 400 pounds and clean and jerk over 500 pounds—joins us to talk about his history, his career thus far, and his plans for the future. In just a few short weeks Caine will be representing the US at the 2015 World Championships in Houston, Texas. It will be his third appearance at the World Championships (after 2013 and 2014).

Also check us out on iTunes! 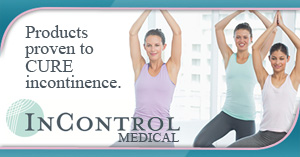